Having fully completed some Strelet's figures for the first time - and realizing I have a bunch of photos of them I haven't used - I thought it would be useful to assemble my thoughts about this product under one post. So here it is - my thoughts on Strelet's Finnish Army 1944 set. 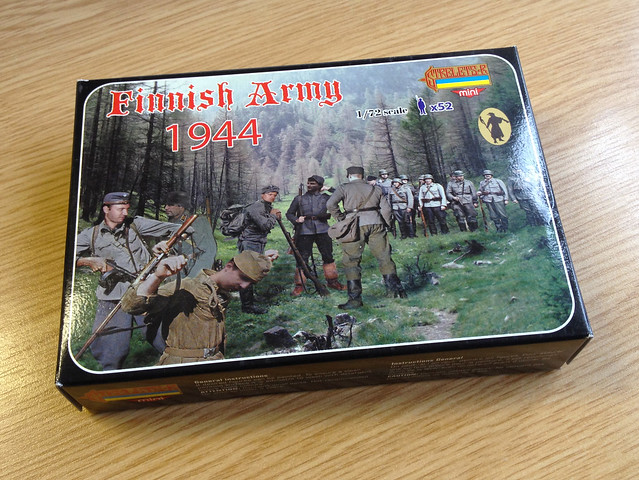 I hadn't heard of Strelets R - to give them their full name - before I did some searching for some 1/72 WW2 Finnish infantry figures. So I had no idea what to expect, I was just very excited that someone actually did make Finnish soldiers in this scale.

The vast majority of WW2 Finnish soldiers in Braille Scale are 20mm (1/76) and portray the popular Winter War (1940/41) period. The only 'Summer' uniformed Finns I have found thus far are C-P Model's wonderful 20mm 1944 Finnish Army metal figures and Warlord's 28mm Finns. Strelet's represented the only 1/72 Finns on the market with their Winter War set... 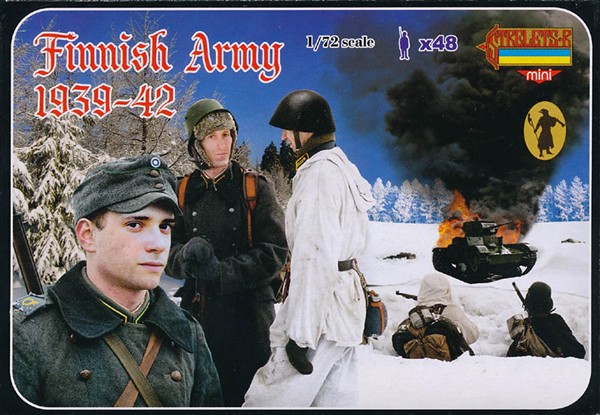 So I bought these thinking that they might include some figures I could utilise for my Continuation War (1941-44) Summer Finns - they were cheap enough to use as donor parts if nothing else. It was a bit of a disappointment when I opened the box and looked at a sprue full of over-sized cartoon characters... 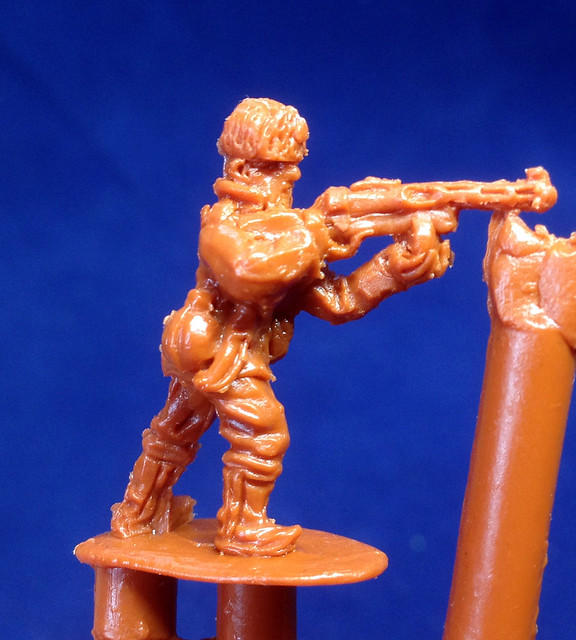 The full range of poses from this Finnish Army 1939-42 set can be
seen on The Plastic Soldier Review web site.

The Strelet's figures are moulded in a reddish-brown greasy soft plastic and are rather caricaturish in their features and poses. Thier exaggerated details and proportions put me in mind of fantasy wargame figures and while they're height is within 1/72 tolerances their girth is a little ample when compared to some of the other - more realistically proportioned - figure sets.

Long story short - I found these figures to be incompatible with the sort of realistic 'look' that I was after and I consigned them to my 'box of shame'!

Anyway, a year later - still wrestling with what to do about acquiring suitable Finnish soldiers for my 1/72 Continuation War project - I noticed that Strelets were releasing a second set of WW2 Finns, this time summer uniformed '1944' soldiers! (One does wonder if the earlier set sold enough for them to consider this worth doing? I would be surprised if that were the case!)

Despite my earlier disappointing experience I could not resist buying a set that promised to be exactly the figures from exactly the right period that I am after...I am nothing if not optimistic! And you never know - I thought to myself - they may have improved in their sculpting since the first set.

The box duly arrived and I - again - opened it excitedly only to find similarly grotesque figures which made Mr. Potato head seem like Adonis...

Just like the first set these figure are what Plastic Soldier Review called 'chunky' and there is quite a bit of flash and mould lines around the figure which destroys some of the (laugh) 'detail' that there is. Just like the first set the level of authenticity of the type of equipment included is good and they do, indeed, represent Finnish infantry of the late war period, albeit crudely.

Uniforms are likewise realistically chosen and I was impressed that Strelets had even had a go at the distinctive Finnish boots and included nice little touches like the Finnish hunting knives. But, unfortunately, any credit that might have been given to their efforts was quickly lost due to the terrible job that their moulding had done of the primary weapons.

The Finn's M/39 "Ukko-Pekka" rifles (Mosin Nagant variants), 9mm Suomi M/31 SMGs and 7.62 mm Lahti-Saloranta M/26 LMGs were reduced to malformed lumps of plastic. In fact, I'd go as far as to say that these renditions of the Finnish guns are actually worse that they were in the earlier Strelet's set!

Anyway, I decided - so as not to have another wasted purchase - to use these latest Strelet's figure as guinea pigs for my figure painting lessons. At the very least I thought I could practise some techniques for producing the distinctive light grey uniforms worn by the Finns in the summer of '44...

I even thought that maybe the models might improve with a lick of paint! As I said, I am an optimist. 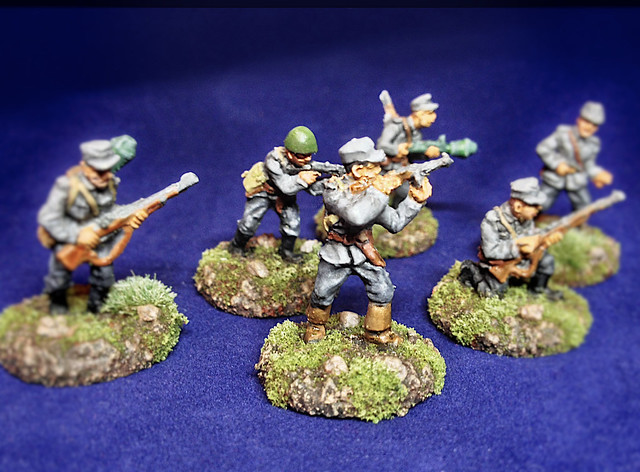 And indeed, painting does make things seem a bit better. But I did notice that there was a lot more plastic flash on the figures than I thought, a lot of it only noticeable once you applied some paint. The rather 'wobbly' detail of the figure also made it hard to paint 'hard edges' and some detail bled over and was quite vague. The painting tended to highlight the messily sculpted features.

Of particular note - if that's the right phrase - were the dreadful faces of some of the figures. There were a few which seem to have been modelled on John Merrick - The Elephant Man! Painting did nothing to improve these imperfections.

Conclusion
I think what annoyed me the most about Strelet's Finns was the the great deal of promise that they held for someone like me, who is after some of the rearer and least modelled armies of WW2. Indeed, if you visit Strelet R's web site and look through their 'Minis' catalogue you will be surprised and intrigued by some of the exciting sets that they have on offer.

* Do take a look at the box art for the Italians, I think they got Alexei Sayle to pose for it!

You have to admit, these are very worthy additions to the market place, and were these done by Revell or Caesar or Pegasus or even Airfix I think we would all have reason to be very excited...But they aren't, they are Strelets.

Playing Devil's Advocate I would say that some people might like Strelet's chunky cartoony approach. If I were in the mood to be kind I could say that they certainly have a character of their own!

Unfortunately, I think most modellers and wargamers are after something which looks a little more conventional.

If I had to give an overall score (out of 10) it would be a generous 6 (simply based on the fact they are the only 1/72 Finnish soldiers available). Sorry Strelets - close-ish, but definitely no coconut! :(

By the way, if anyone has a use for three boxes of Strelet's Finns (2 x WInter War, 1 x Continuation War) just drop me an email with your address. I'll gladly post them to you...First come first served!