Painting Tests of 28mm Figures - Base Colours
All the tinkering and cleaning up done, my two test figures are ready for priming. As an experiment, I decided to prime the figures using Humbrol's 'Dark Brown' Acrylic Spray... 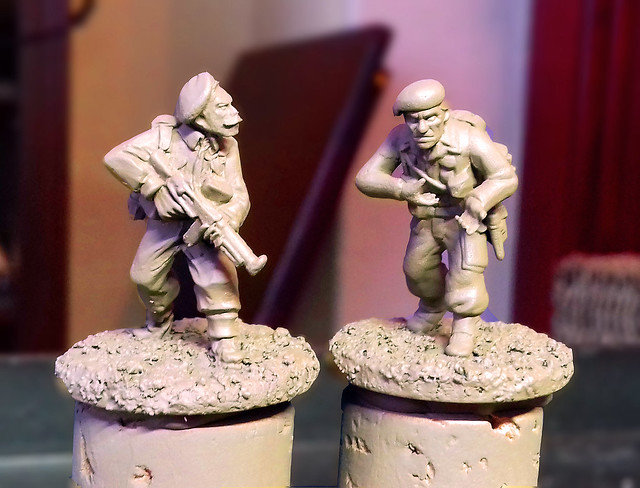 Normally I would use the normal priming colours of either black, white or grey but I was curious to see if using a colour more in harmony with the overall tones used in the figure would be advantageous. These British Commandos will be predominantly Brown/Khaki uniform and tan flesh tones so a mid/dark brown base seemed logical.

Aside from this change, I am using the same basic colour procedure/recipe that I used in my first 1/32 test figure. So, I will be starting with the uniform and Vallejo's 'English Uniform'. This is pretty much standard for many figure painting tutorials for these figures I have seen (though some suggest a browner mix) and I have gone with this in the hope it goes a little browner after a wash is applied (as with my painting test).


Webbing Woes...
The webbing is *still* a bit of a quandary - do I do it early/mid-war khaki/beige or do I go for a later war khaki olive to represent webbing which has had 'Blanco' applied? In the end, I plumped for khaki as the majority of reference material showing Commandos I have found shows them with the khaki 1937 webbing set, even though the use of 'pea green' Blanco (a dye applied to the webbing) among some units became more widespread later in the war. But which colour to use for the khaki?

Here are some of my paint test swatches based on the Vallejo Model Color range of paints... 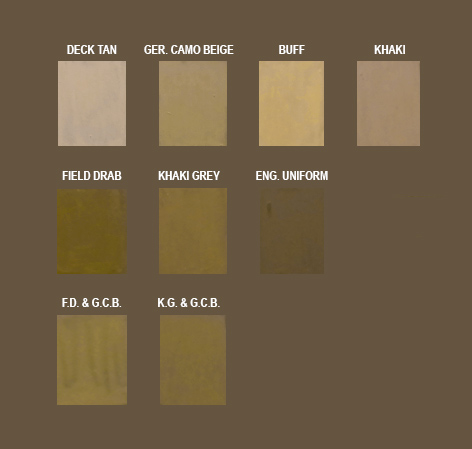 A very unscientific comparison leads me to believe that - from my swatches - Ger. Camo Beige is the closest match to the photographic sample from Karkeeweb.

Resulting Base Painted Figure
The basecoat stage always looks nice and clean and flat (I'm a graphic designer so kinda like the unshaded 'cartoony' look to this stage), and the colours are a little bright at this point. But, this is just the preparatory stage before shading... 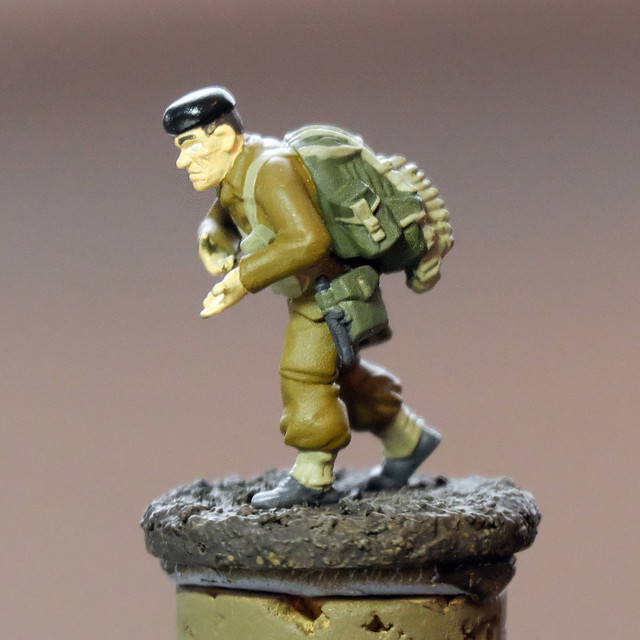 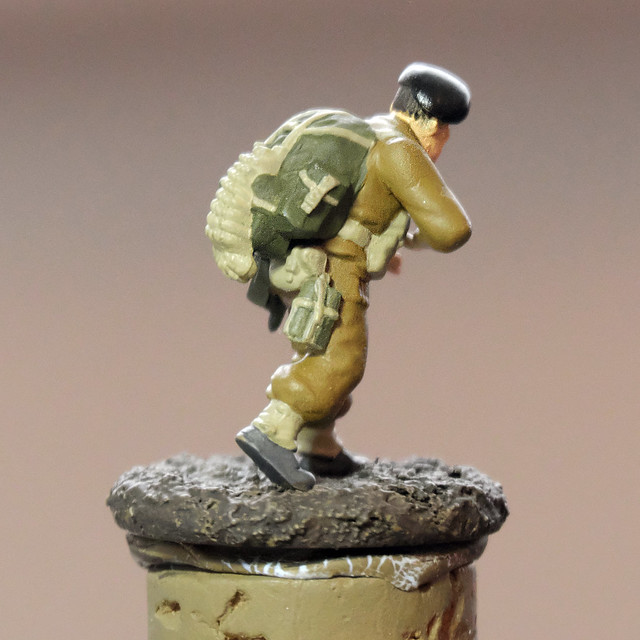 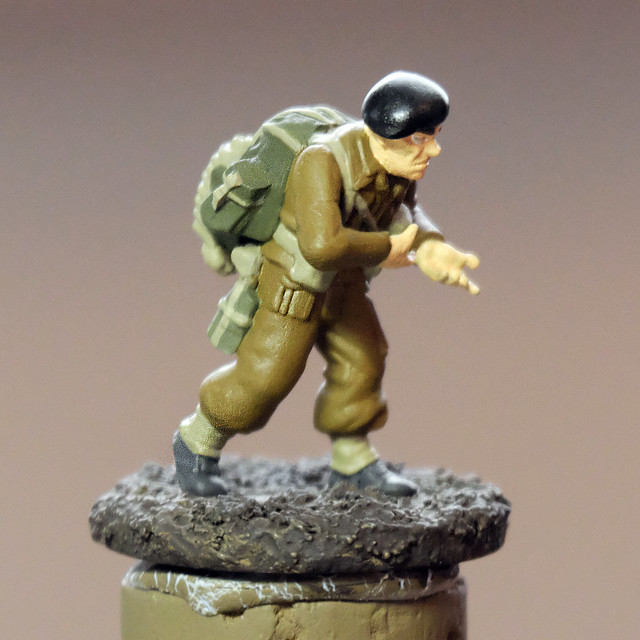 I've gone for a mid-colour flesh tone rather than starting with a darker base. We'll see how that works out. I'll be applying a shading wash, so didn't want to start too dark.

For the boots and other black items, I've started using 'Dark Rubber' (a dark, bluish-grey) as a base. Again, once a wash is applied (black) it will give a subtle shading effect.

Finally, I have begun with a flat black base for the beret. This, of course, will end up being the famous Royal Marine Commando green beret - but I want a dark undertone to the green, which I will then shade and highlight so that will turn out (hopefully) a deep rich forest green.

Next: The shading washes and highlighting.