This is something new, I'm getting into doing very short and quick weekend projects courtesy of Zvezda's little 1/100 tank kits. This week I'm adding to the M3 Stuart that I already made for a WW2 Pacific scenario I have in mind with a US M3 Lee tank... 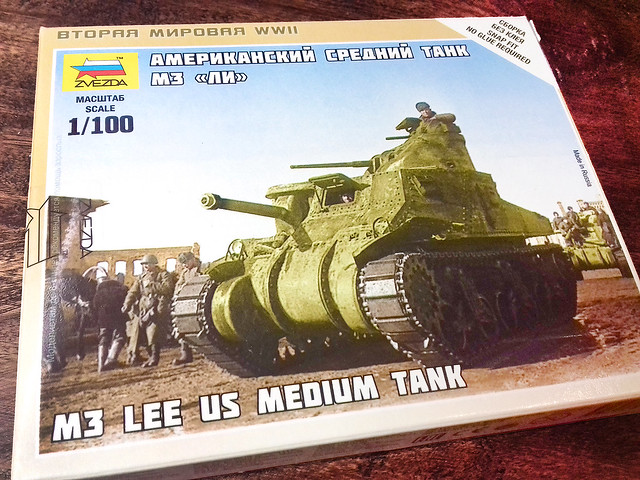 The M3 Lee is an interesting - if not terribly exciting - early way American tank. It was the predecessor to the legendary M4 Sherman and the US Army's first serious contender - if not quite a match - for contemporary German tanks. The M3 was the tank in which the US Army learned about 'modern' armoured warfare and - perhaps more importantly - first introduced a 75mm gun to the Allies armoury. As a lend-lease tank, the M3 added some much-needed firepower to the British in North Africa.


The Zvezda Kit
Despite being a diddy little kit Zvezda's Lee is a little complicated with quite a lot of parts compared to other tanks in its 1/100 range. This has as much to do with their insistence that their kits be 'snap together' as it is to do with the M3's unusual design. 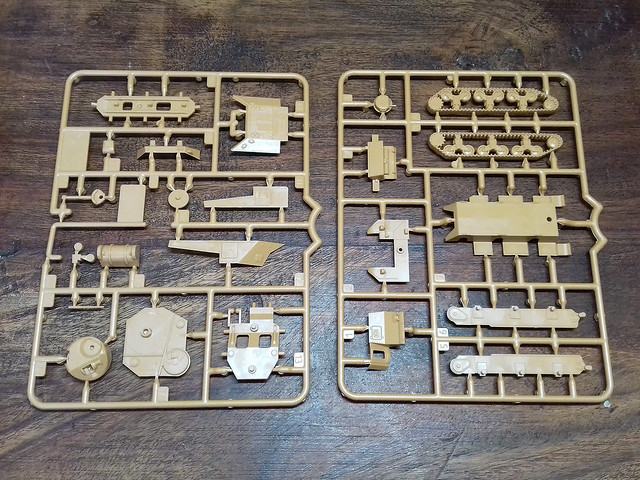 Other companies - like PSC and Battlefront, for example - minimise the number of component parts their models require because they rely on the use of glue to stick the parts together. And even Zvezda, themselves, manage to come up with very part-efficient 1/100 models when the original tank design is conducive to low numbers of parts (their KV-1 kit has only 6 parts).

Anyway, the M3 is a complex design, what with its dual turrets featuring a Barbette-style hull-mounted 75mm gun.... 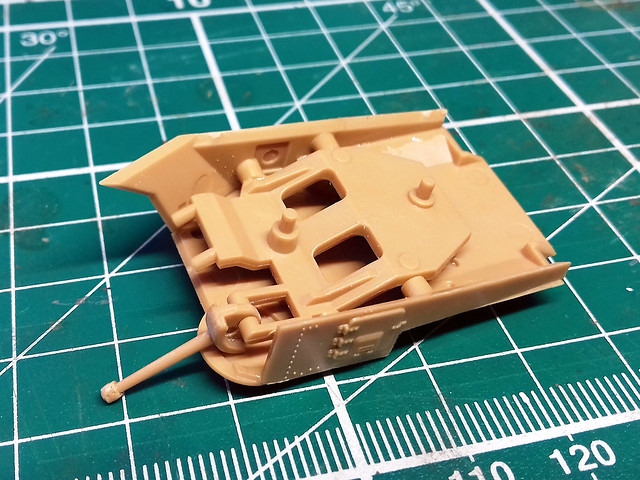 The above picture illustrates the point. This is just the upper hull assembly, holding the 75mm gun and when finished it will consist of no less than 8 parts! The lower hull was just as convoluted... 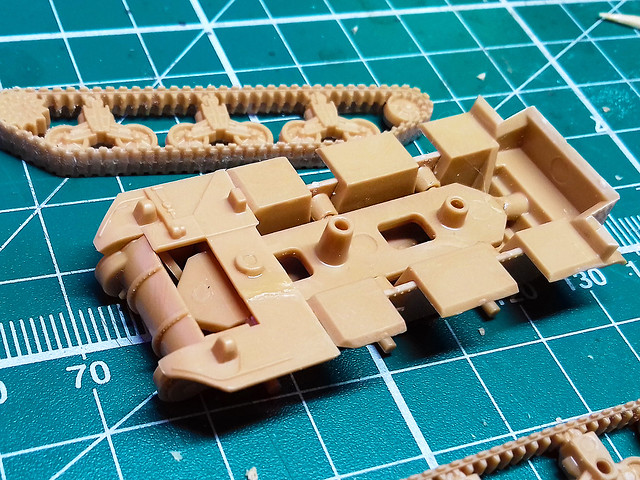 It was all a bit too complex for my liking, though I understand that to make it 'snap together' these extra parts were required.

Anyway, much fiddling about later... 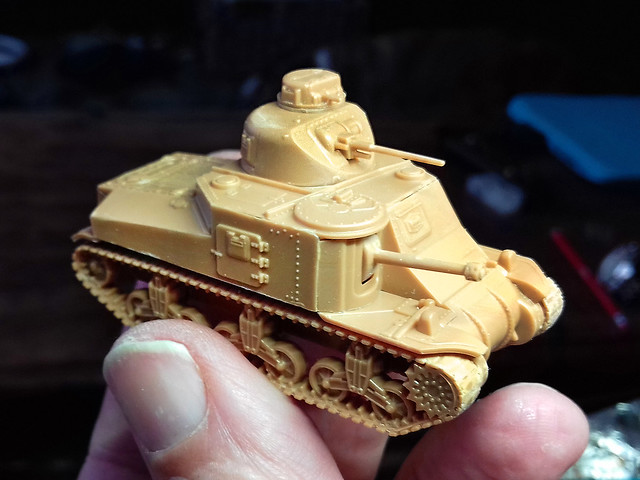 Not a bad looking little model.

Thoughts about Construction & Quality
The construction was a faff and needed a bit of pressure in places to ensure parts fitted together nicely. I had to hold some parts together until the glue set so that the seams didn't have any gaps.

But, overall I was happy with the quality. As usual with Zvezda, the moulding was crisp and there was a reasonable amount of surface detail, though - of course - the level of detail was simplified as this is a wargaming model.

The one noticeable issue is that I feel is worth mentioning is the fragility of the secondary gun barrels. The 37mm - top turret - is very thin and wouldn't take much of a knock to break it (in fact, you have to be careful cutting it off the sprue). Zvezda seem to scale their tank guns accurately, while other 1/100 wargame model manufacturers tend to 'over-scale' their guns to make them a bit more durable. 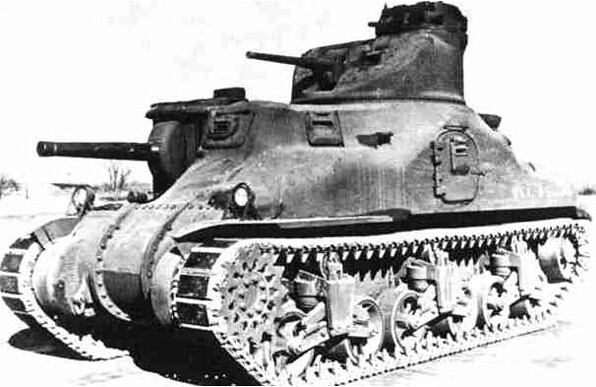 As usual, the tracks are simplified without much of a detailed tread pattern (the M3 tracks of the time were the pretty simple steel links with rectangular rubber track pads - the same ones used by the early Shermans).

Overall, I'm quite happy with the model - delicate parts aside - it captures nicely this early US tank and allows you to play early war Pacific, Far East and North African scenario and also Lees were supplied to the Soviets lend-lease, though they had a far from favourable view of this antiquated design.

Next: Priming and Painting