Previously, I did a post about whether 3D printed models could qualify as making. Well, here's another little conundrum which is maybe even more though provoking...

Let me explain. I've been playing the PC game 'TANK MECHANIC SIMULATOR' for a while now - in this game you take on the role of a tank museum curator (and his staff) and you are tasked with collecting and renovation old tank hulks so that you can display them in your museum!

I find this game very relaxing, it's sort of a 3D virtual jig-saw puzzle in a way. Nothing too mentally taxing, though you can up the challenge by stripping the tanks right down to the last nut (which is what I do). Reassembling them in the right order can be a bit of a head scratcher! 😆
Anyway, my point is two-fold. First of all, as a scale modeller I find this process very educational and it gives me a real insight into how complex some of these armoured vehicles are. It also gives me a real insight into what some of the components are and how they fit together, which is a real boon when you are taking on a complicated plastic kit.
Being able to see inside a vehicle that you are making a plastic kit of can be very useful, especially is you a super detailing your model.
But also, and my main point is, even though this is virtual assembly you still get a kick out of completing, painting and adding the decals on the tanks in this game. And it's a lot less messy!
Now, I'm not going to be as stupid as to try and convince anyone that a game like Tank Mechanic Simulator is any real substitute for the physical craft of scale model making, but as I have pointed out it can be a useful and satisfying ancillary hobby for modellers.
As the game progresses you access bigger and more complex tanks to challenge you. I have reached the pinacol of the available tanks - so far, but more are in development - with the German Panther & Tiger and the Soviet KV-2 and American Pershing! Believe me when I say that the more complex tanks can really make you sweat!
There is lots more to this game I haven't covered - like the excavating for buried tanks, painting camo schemes and organizing your museum - but the renovation and construction are most relevant to model makers I guess.
Eventually you do work your way through the dozen tanks that come with the game, but the developers do have a long-term plan for the game and are adding some very interesting projects to the game in the future. I'm absolutely ecstatic at the idea of doing a Churchill tank and Lordy - that Maus!!! 😁 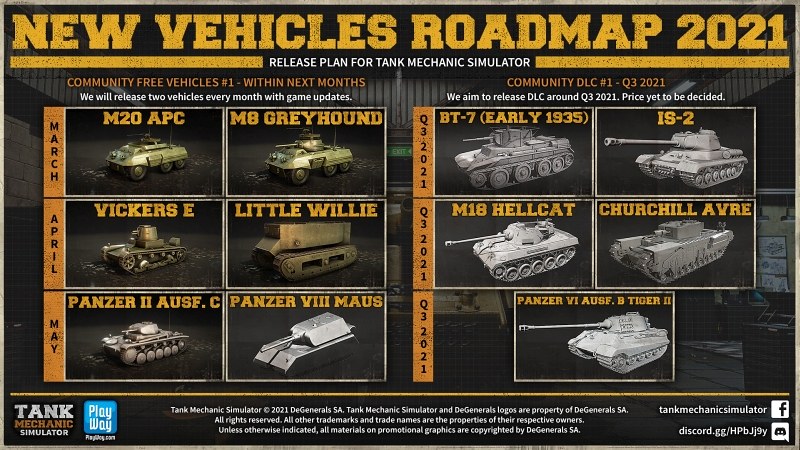 Tank Mechanic Simulator is available on STEAM for £15: https://store.steampowered.com/app/407130/Tank_Mechanic_Simulator/