My 1/100 WW2 Soviet tank force has been on hold while I awaited the arrival of some additional decals that I ordered. I'm glad to say that they have now popped through my letterbox! 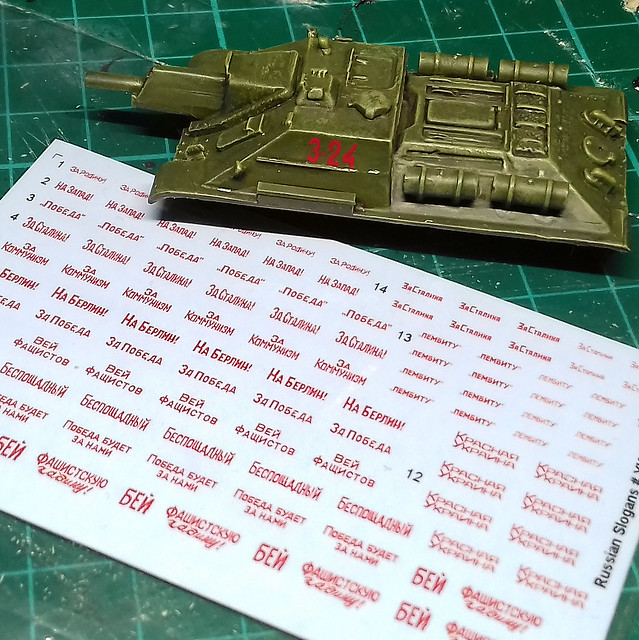 I'm trying to get both my T-34s and SU-122s to the same point in their painting so that I can do the next couple of stages in their weathering together, hence the wait.

I wasn't really satisfied with the red number decals that I had applied to this SU-122, I thought the tank looked a little mundane and needed a little something extra. So when I realised you could get the Red Army slogan decals in red I ordered them straight away (though, stupidly, I opted for second class postage which is why they took so long to come).